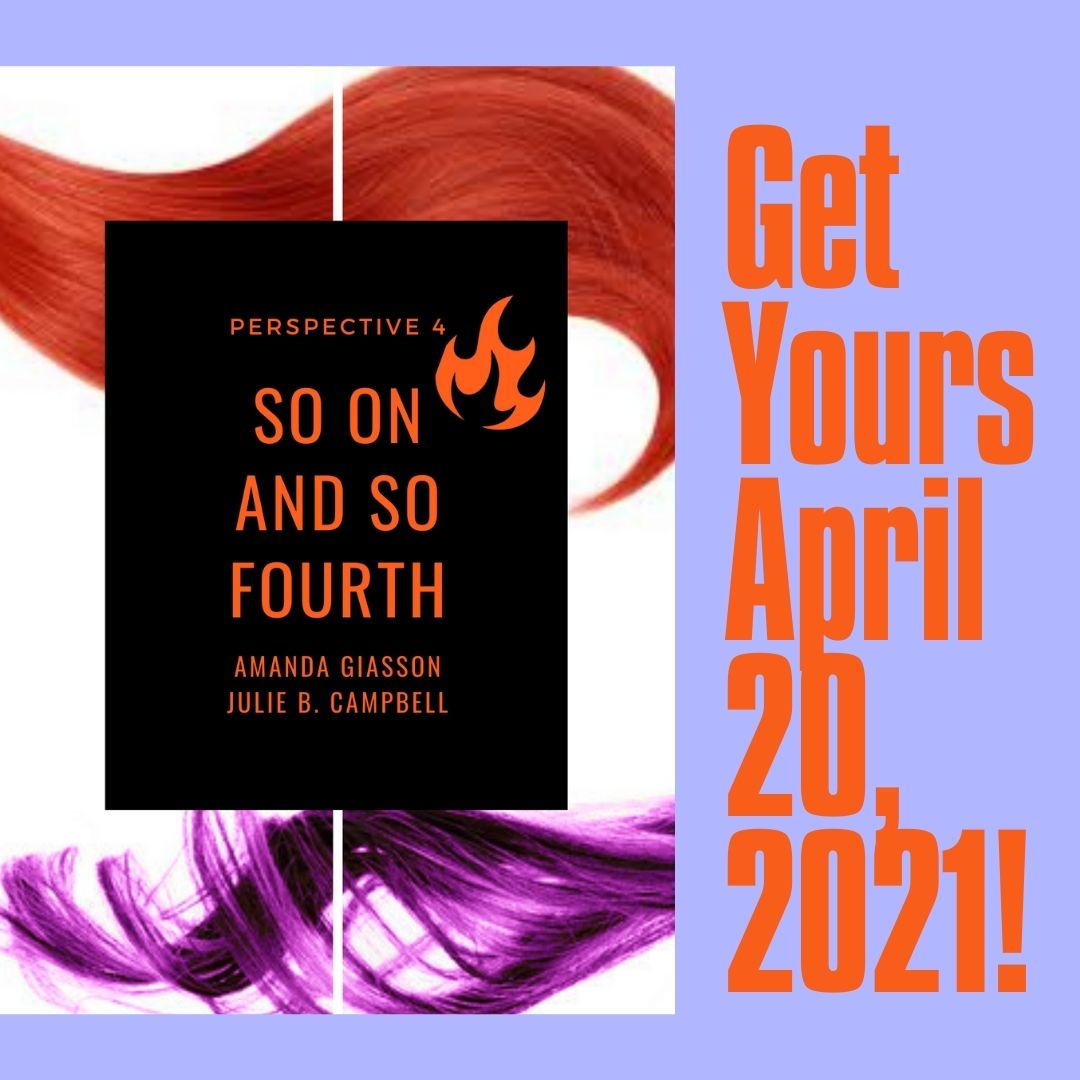 Time for the big ‘So On and So Fourth’ book cover reveal.  The Perspective series book 4 cover is here, and we are absolutely in love with it.

As You Can See, ‘So On and So Fourth’ is Going to Be Hot!

If you’ve been part of the Crisp Clan for a while, you can see that this new cover has a subtle difference from the design style of Perspective series books 1, 2 and 3 (for now…was that a hint at something? ).

We think the new cover stands out more than the first three, and that’s great news for a book with this much hot plot (was that rhyme intentional? Um…only if you think it’s cute. Otherwise, totally accidental).

This book picks up the moment ‘Third Time’s a Charmer’ left off.  If you’ve been itching to find out what’s coming next, here it is.  In our highly-biased, not-at-all humble, completely-Perspective-series-obsessed opinion, each book in our series just gets better and better. Each one has just a bit more action, fantasy, mystery, romance…and even a touch of horror.

Can you expect all those things in ‘So On and So Fourth’?  Uh, yah you can! Is there even more of all those things than in ‘Love at First Plight’, ‘Second Wind’, and ‘Third Time’s a Charmer’? Yah to that, too.

That’s why we’re so freakin’ excited about the release of Perspective series book 4 and why it’s so great to show you the new ‘So On and So Fourth’ cover!

This release will include Perspective series book 4 in both printed paperback and digital ebook formats.  So, you’re covered no matter what your favorite format may be.

The first release will be on Amazon (all the Amazon sites worldwide). That said, it’ll head to other online bookstores from there, including everywhere from Apple Books to Barnes and Noble.

Naturally, we’re in the mood to celebrate the book cover reveal and the upcoming release of ‘So On and So Fourth’. So here’s a heads up that there are some great deals coming up on Perspective series books leading up to the release of book 4.  We’ll be releasing coupon codes and there will be flash sales with amazing discounts on ebooks as well as our merch like Megan Wynters and Irys Godeleva T-shirts and unbelievably cute socks.

If you’re not caught up through Perspective series book 3, this will be your chance to snag your copies at a price you’re just not going to find anywhere else this side of Qarradune.

Coupon code, discount and deal announcements will be made first on our social media, so if you’re not already following us on Facebook, Twitter, Instagram, heads up, this is a good time to do it!